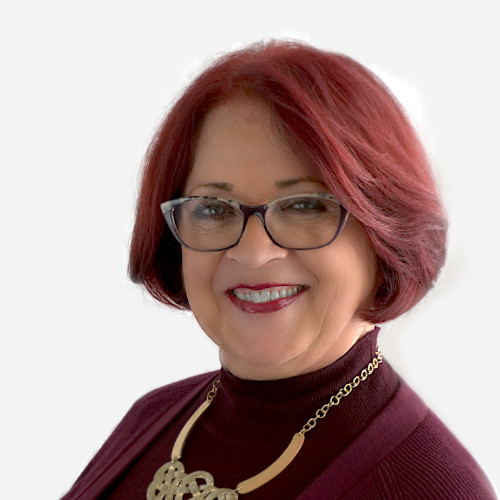 Charin R. Barone is an entertainment industry veteran who has worked alongside such producers and studio executive luminaries of our time as, Norman Lear, Ted Turner, Amy Pascal, Dawn Steel, and others.  She has worked in both film and TV at Disney, TNT (Warner Bros.), Columbia (Sony) and Embassy (Universal).  In 2010, Ms. Barone launched Black Label Filmworks, LLC to fulfill her dream of bringing impactful film and television projects to life that excite and unite audiences, transcending barriers of all form.

Ms. Barone began her career at Norman Lear’s TAT/Embassy Communications during the heyday of production for this legendary TV producer and mini-studio.  During her time there, Ms. Barone saw production of such hits as “All in the Family”, “The Jefferson’s”, “One Day at a Time”, “The Facts of Life”, “Who’s the Boss?”, “Diff’rent Strokes”, “Silver Spoons”, “227” and more.  Embassy TV Produced over 20 hit sitcom series over a 13-year period, with a record-setting 12-shows on-air at one time.  In addition, Mr. Lear also operated Embassy Pictures, producing such notable films as “Fanny and Alexander”, “Eddie and the Cruisers”, “The Sure Thing”, “Emerald Forest” and “A Chorus Line”, along with a series of now classic genre films, such as “This is Spinal Tap”.  Embassy Home Entertainment was the third element completing Embassy Communications, which led the way in launching the nascent home video industry.

Throughout her association with Mr. Lear and Embassy Communications, Ms. Barone held multiple roles, which including supporting studio Public Relations and Publicity under the venerable Barbara Brogliatti.  She then went on to manage the executive offices directly for Mr. Lear.  After the sale of Embassy Communications in 1985 to Coca Cola, Ms. Barone worked in Comedy Development for the newly transitioned Columbia Pictures Television.  In 1987, she rejoined Mr. Lear with his launch of Act III Communications, working directly with Mr. Lear and managing Operations for the new organization.

In 1990, Ms. Barone accepted a position in Disney Studios’ Operations Management.  Shortly thereafter, Ms. Barone had the opportunity to join Dawn Steel, the former President of Columbia Pictures, as she established her new production company, Steel Pictures, in association with Disney.  During her tenure at Steel Pictures, Ms. Barone oversaw Operations, coordinated with the studio, interfaced with talent and supported Ms. Steel with production of such films as, “Sister Act 2”, “Cool Runnings”, “Honey I Blew Up the Kid” and “What’s Love Got to Do with It”.

Ms. Barone moved to Columbia pictures in 1994, to work with Amy Pascal in the studio’s Executive Offices during the production of, “Little Women”.  She joined Ms. Pascal in a move to Turner Pictures/TNT (Turner Network Television), where she supported Ted Turner and Ms. Pascal through the production of, “Last Stand at Saber River”, “Rough Riders”, and “Andersonville”.

In 2000, Ms. Barone began pursuit of a teaching and ministry practice that saw her and her husband (TV Writer) return to their ranching home in South Dakota.  Throughout this period, Ms. Barone also remained a sought after motivational speaker and coach with a focus on family and personal enrichment.

2010 marked the launch of Black Label Filmworks, with the beginning of a series of long-form Western TV projects.  And in 2012, Ms. Barone led organizing of an event that reunited over 400 of the original Embassy Communications industry alumni, honoring Norman Lear for his legacy of accomplishment and impact on the lives of so many throughout the entertainment industry.

Ms. Barone looks forward to shepherding Black Label Filmworks’ slate of fine film and TV projects through production in achievement of her continuing goal to bring change to the world through positive, impactful entertainment that inspires and delights.

On the South Dakota plains, in the Winter of 2010, an idea was born. Not a new idea, but an ancient one.  Born was the realization that what connects us – connects us all – is our common heritage of tribal storytelling and oral histories. It is a tradition that connects all people through the ages. Oral histories have the capacity to entertain, to inform, to frighten and enthrall us.  They transport us to places, only our imaginations go. They shape our view of the world, and of ourselves.

It is this tradition of storytelling that formed culture around the world with pictorial narratives and audio story telling that Black Label has tapped into and will bring to current forms of media entertainment with features, television and documentaries.

These are “our” stories. And they are proudly shared with you by Black Label Filmworks.